Behind The Doors Of An App Development Studio
Published: 3rd September 2012

How Chris Morland and Steve Donovan took the plunge into the sea of app development and came out the other side smiling. By Hollie Pattison

Chris Morland is CEO of Citrus Suite in Liverpool; a mobile application development studio which prides itself on producing innovative apps for smartphones and tablets. With a team comprising of the growing ranks of digital media experts that have been left in the lurch after the closure of global industry names such as Bizarre Creations and Juice Games, Citrus Suite are carving their way into the growing mobile developer landscape, leaving a trail of chart topping apps behind them. I met with Chris, 41, at the Liverpool studio to talk about what it was that made him take the leap into app development, and to find out more about what it is that makes Citrus Suite unique. 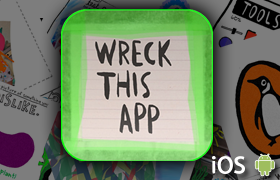 The studio have already made a name for themselves with their two biggest app releases. Contemporary novel ‘Chopsticks’ showed them bag a deal with global publishers Penguin USA, and ‘Wreck This App‘ shot to the top of the charts in both the UK and US. But aside from their successes, the time that I spent in the studio over the course of the days interview highlighted to me the strong sense of teamwork that engulfs everything that Citrus Suite do. No member of the team is overlooked. Senior programmers with over 15 years experience are happy to take ideas from the two junior programmers who are just starting out and inspiration is welcomed from anywhere. When asked about the team, Chris insisted that;

“The team gravitated towards me. I’d worked with Steve a lot in the past and we were keen to get something off the ground again.” Steve Donovan, also 41, is the brains behind the design work that goes into Citrus Suite’s creations and in his own words he ‘create the look of the apps that Citrus build’. 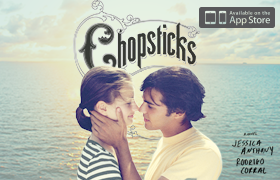 I wanted to know more about what urged the pair to turn to app development. Chris was happy to give me an insight into how Citrus Suite began.

“It was always the heritage of making games since the late 90s that lead us to where we are now. We can emulate what we did in the games industry, working in small teams on projects for some pretty big games. It was in 2010 that the team came together but it was only towards the end of the year that we said okay, we are more suited to app development.”

“We knew we’d never have the budget to create triple A titles on gaming platforms. So with the emerging smart phone tech and publishers and developers wanting to break into the industry we saw a gap in the market and knew that we could capitalize on this.”

As a graduate of prestigious Liverpool academy LIPA, Chris’ decision to stray from his roots as a sound engineer and venture into the realm of video game development was not a bad one, as he lists to me all of the places he has visited whilst working in the industry.

“Salt Lake City, Los Angeles, New York, London, Germany, Connecticut, Chicago. Did I say Salt Lake City? And these were all on the back of one game that I worked on; Music 2000. A Playstation Application released in 1999.” 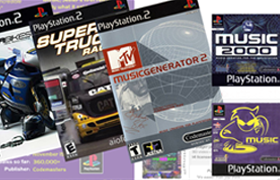 And what a game it was. The game in question ended up being nominated for a BAFTA.

“People were telling me that you can go your whole life in the games industry without working on a game that receives reviews of 9/10, but we did it. To be a part of the team working on that game was a great learning experience.”

Conversation soon turned towards to the swarms of wishful Twitter users advertising themselves as ‘freelance app developers’. I posed the question as to whether Steve or Chris felt that these forms of home-schooled developers could make it in the make-or-break scramble for the top of the iTunes chart. Steve thinks not.

“A lot of developers come from web design backgrounds and don’t have the wealth of experience that comes from having a strong team. It helps having a big mix of backgrounds, and when you’re a single freelancer you tend to be very isolated so you don’t get the interaction and creative ideas that come from working within a team.”

Chris seems a little more optimistic in relation to the new craze of freelancers taking over social networking. He points out that the Apple store allows anyone with a developer kit to submit their applications to be put through QA for possible release, and with more and more people teaching themselves how to code with programs such as Xcode and Cocos2D, there can only be a positive outcome.

“They give us a bigger talent pool to delve into to find external assistants or team members. It’s great that the App Store has no barriers to entry. Anyone can learn how to code and it’s good to see a lot of up and coming developers putting themselves out there.” 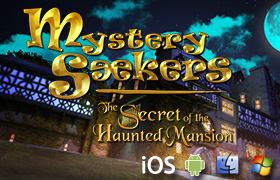 The team’s latest project; ‘Mystery Seekers: The Secret of The Haunted Mansion’ was released on the App Store only yesterday, and as I speak to Chris he seems to be unconsciously updating the iTunes charts methodically to check for any changes. But who would blame him. The company’s first completely in-house release shot to the top of the charts within the first 24 hours, and is particularly close to their hearts. The point and click adventure game had been a potential game idea since Citrus Suite began, and once the decision to go ahead with it was confirmed nothing was going to stand in the way of its production. Not even play time at the local school..

“We made it on a shoestring, we really didn’t have any money to make it. People came in and worked for us for free, developers worked on a screen at a time, for free. We even filmed the video footage at a film suite at a local primary school. We had to arrange the filming around the school’s timetable as we couldn’t film over the noise of the children at playtime.”

It is clear that it’s everything or nothing with Citrus Suite, and everything was definitely put into the production of Mystery Seekers. So how did the team celebrate such a successful chart release? Doughnuts.

“It’s really exciting but we’ve not really had time to reflect. It was like ‘Oh the app’s out. Let’s eat some doughnuts.”

The passion for creativity held by the team is impossible to ignore. The studio itself is filled with constant reminders of why Citrus Suite exists, from the likes of Mario and Sonic, who plaster the walls in the programming studio, to magazines in the office covered by Steve Jobs and David Karp. Stacks of Game Informer and Wired magazine line the bookshelves and concept art is pinned to the walls of the office. A meeting to discuss ideas triggered a team Temple Run session, with Chris questioning what it is that has thrown the game into such heightened success.

“I need to play Temple Run, I really should give it a go. I’m more interested in the game’s accelerometer if I’m honest… Tom, can you tell me how that works?”

I didn’t get to sit in on the meeting that followed, which was undoubtedly filled with top secret plans for upcoming releases. But what I did get to experience was the proof that Chris has successfully built Citrus Suite a form of heritage within the 18 months since the release of their first ever app for the Liverpool Design Festival. Chris describes this as their ‘stepping stone’ into the app landscape and assures me before I leave that the next step will bring even greater things. With publications on iPhone, iPad, Android, and Nook Color, and with plans to expand to even more devices it is clear that this is only the beginning for the Liverpool developers. And as Chris closed the brass-knobbed door to the Georgian terraced studio behind me, I had the gut feeling that it wouldn’t be the last I would hear about Citrus Suite.

Note:  The interviews took place 1st March 2012 and this article  is reproduced here in its original form with kind permission from Hollie.

Similar to Behind The Doors Of An App Development Studio:

Are chatbots the future of healthcare?