Peter will be speaking at SXSW on the topic “Making eBooks Smarter: Responsive Page Design” so this is high praise indeed.
Read the full article here…
Scatter/Gather

Update, March 2012: At SXSW Peter Meyers recommended Wreck This App for iOS as example of an eBook that invites the reader to participate in its creation.

Peter Meyers’s website A New Kind Of Book is right on the pulse of developments in eBooks and details innovations in the genre.

Since the last update Citrus Suite has developed an Android and Nook Color versions of Wreck This App.

The app has even had a mention in O, the Oprah Winfrey magazine and been nominated best non-fiction app at Digital Book World Conference in New York January 2012. 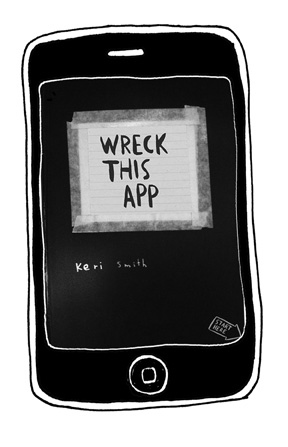 Similar to Wreck This App – Awards and Praise:

Mobile application development and web design – our service offering from Liverpool based studio.